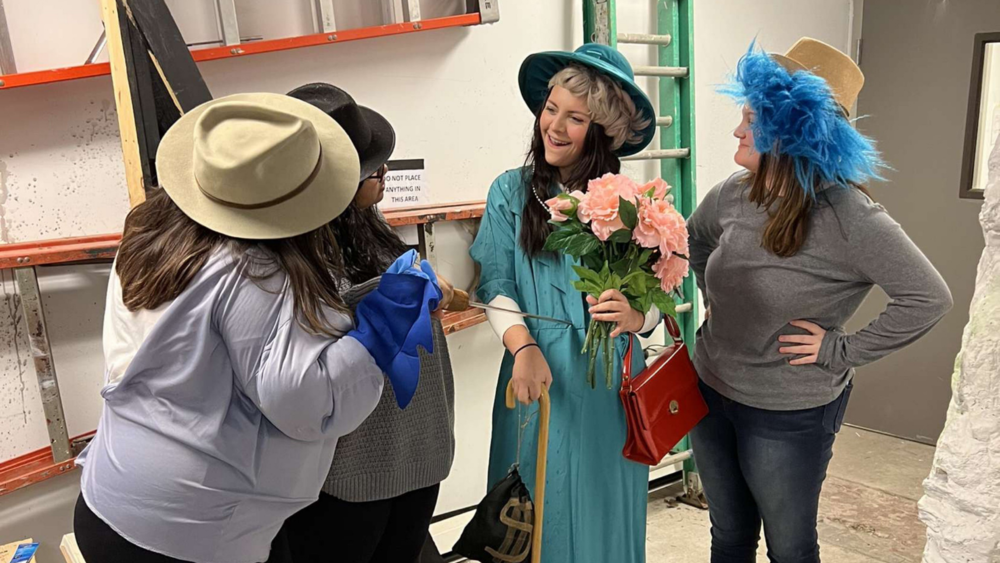 Recent sophomore and junior English students have shown a genuine interest in the novels they have studied, and they have taken ownership of the performance task known as the Character Autopsy. Students took creative initiative to analyze their character of choice from Rebecca Walls' novel The Glass Castle. They illustrated and wrote details, using evidence from the book, to show how each character thought and perceived the world around them. Students said they had fun creating the Character Autopsies and each group presented their example to their classmates.

English 3 students reading The Great Gatsby recently performed a theatrical scene from the classic book. Students were so involved, that they enlisted the help the theatre teacher, Ms. Gessner, to ask for available props and costumes for their performance. Their re-enactments were lively, and clearly demonstrated their understanding of Fitzgerald's timeless message of 1920s flamboyant greed and callousness.