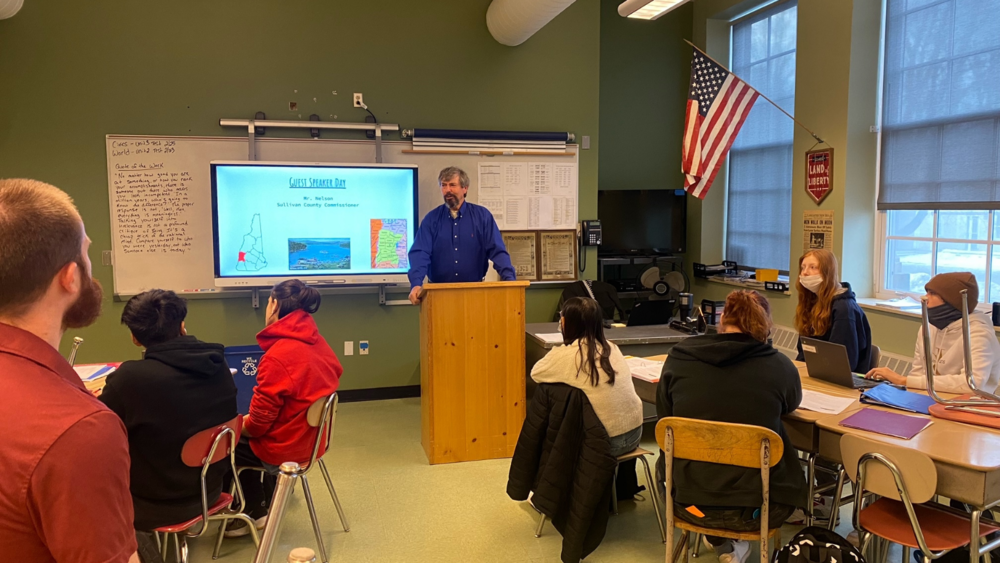 Mr. Simon’s Civics class has been studying the structure and function of state and local government. In this particular unit of study, Mr. Simon has placed an emphasis on having students learn about the governments of New Hampshire, Sullivan County, and the city of Claremont. Students’ understanding of the Constitutional principle of Federalism (division of power among national, state, and local government) has given the class insight into the kinds of governmental powers that exist within their own community.

At the end of the instructional unit, Sullivan County Commissioner (Vice Chair), Bennie C. Nelson graciously accepted the invitation to speak to the Civics class at Stevens High School. Mr. Nelson spoke about the various duties and responsibilities that he has to the citizens of Sullivan County. His thorough explanation of the position of County Commissioner allowed the students to gain a greater understanding of what local leaders do for their community. One student asked, “If you were to give one piece of advice to a young student wanting to follow in your footsteps, what would it be?” Mr. Nelson replied, “Be involved, stay engaged, and allow yourself the opportunity to participate in a diverse range of experiences.”